While we are all different in many ways, everyone shares some of the same needs. And as a Christian business leader, it is important to travel with others on your business journey. This point was reinforced recently while chatting with a godly man, Tom Gardner, who manages Hay Creek Companies. Gardner shared that one of the keys to his success was the people in his life who supported him. He declared that everyone needs a “Paul, Timothy and a Barnabas.” What does that mean?

Well, a “Paul” refers to a mentor and somebody who will hold us accountable, set a good example and push us forward toward the goal, especially when we don’t feel like it. The Apostle Paul served this role for his disciple, Timothy, who was younger and less experienced in the faith. A “Timothy” refers to a person who we mentor and lead in spiritual growth. Paul helped to guide and hold Timothy true to God’s mission for his life.

Jesus declared in Matthew 28 that our mission is to make disciples. And if you don’t have anyone following you as you follow Christ are you really a leader in the first place? 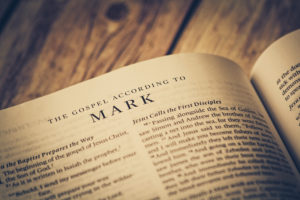 In the past, I have frequently heard that we all need a Paul and Timothy. But I found it very interesting the third person who was mentioned. What does it mean to be a “Barnabas?” Well, Barnabas was a mentor to Paul. He was an early advocate for Paul after his conversion when many of the other Christian leaders wanted to have nothing to do with Paul. Barnabas was an encourager who was patient in seeing God’s plan and purpose work out in others. He seems to be a man who was full of grace who could believe for godly transformation despite somebody’s past or current failures.

The idea is that even an all-star like Paul at some point needs another person to encourage and advocate for him. Ultimately, all Christians have this in the person of Jesus Christ. But we also need other believers to help us too. If you are the top guy in your company, where can you turn for advice, guidance and encouragement? Who has your back?

One of the most remarkable things about Barnabas is that he held out hope and continued to disciple a man (John-Mark) who Paul had given up on because he had left a ministry journey in the past. Paul didn’t seem to think that John-Mark was reliable. And we don’t know why John-Mark left. But Barnabas was willing to give John-Mark, his cousin, a second change. Known as the “son of encouragement” (Acts 4:36), Barnabas had patience for young leaders and was able to see past their mistakes to their future potential. His ministry may seem small in some ways. But if it wasn’t for his work in the lives of Paul and John-Mark, we might not have many books of the New Testament that they wrote.

We will all make mistakes in our lives. And we need people like Barnabas to stand with us so that we can see our way back to God’s purposes. Do you have these three keys to success? If not, pray and look for who the Lord may bring that can fit these crucial roles. Upon careful prayer and reflection, you may need to approach somebody to see if they are willing to be one of these important relationships in your life.